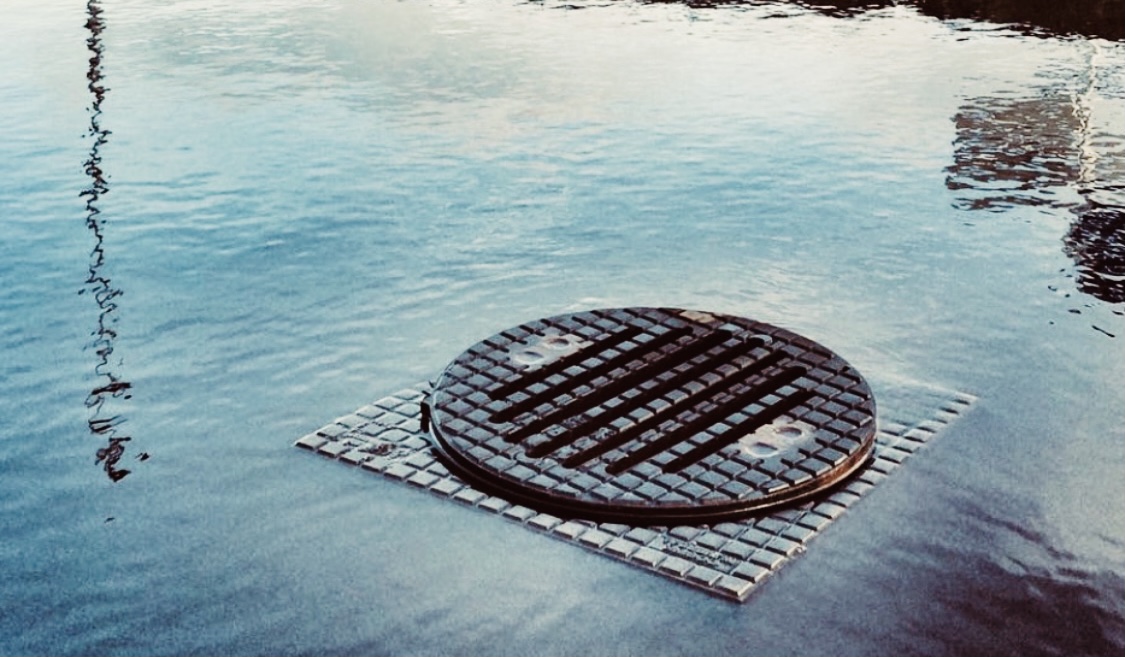 The production of a cast iron manhole cover is a long and extensive process. In this article, you can discover all the steps in creating this essential piece of equipment.

Beneath every city street, there are miles of tunnels and surface shafts. Storm drains, steam tunnels, utility corridors, and much more run throughout the subsurface of the city and are an essential part of urban infrastructure. To reach these corridors and tunnels beneath the city manholes must be dug down. The access ways are necessary so that workers can complete a variety of maintenance tasks such as:

The shafts can either be shallow or 70 stories deep. One of the deepest shafts in the world is in New York City and is used to access the water supply tunnel.

Manholes are protected with a manhole cover. Often made of cast iron, these round plates sink into the sidewalks and streets to ensure that those on the surface do not fall into the manhole below.

Custom manhole covers come in a wide range of different sizes with a minimum of 22 inches in diameter and a max of 60. It largely depends on the manhole that they are placed over. Manhole covers are made from cast iron due to the fact that they need to be heavy to keep the methane gas trapped below and ensure that they can not be tampered with.

Manholes have been around for as long as mankind has been building cities. Once people began to start living in massive urban settlements,  a problem quickly became apparent. There was nowhere for the incredible levels of waste to be disposed of. Originally, rivers were used as open sewers next to the cities. However, this led to the spread of disease. It was the Romans that created underground sewer systems. These were dug by workers, laid with brick, and collected the waste. Access points were built so the sewers could be cleaned regularly and they were protected by stone covers.

Similar systems in the western world occurred far later and the Chicago sewer system wasn’t built until 1876. The first manhole covers were actually used for town water and gas supplies and were created in the nineteenth century.

How Is Cast Iron Created?

As mentioned, manhole covers are made from cast iron. It’s worth noting that iron is not typically discovered in its pure form. Instead, it will be mixed with a combination of different raw materials. Indeed, the only source of pure iron is meteorites.

The combinations that form iron are known as iron oxides. Iron is extracted from rocks known as ores which are found on the outer layers of the earth. The ore is then converted into different types of iron. However, to do this, it must be processed using a blast furnace. Here pig iron is created.

Due to being quite brittle pig iron does not have many uses at all. However, it can be alloyed with other metals and this is how cast iron is made. To form cast iron, pig iron must be remelted and mixed with large amounts of scrap iron. In some cases steel will also be included.

Once the contaminants have been removed the iron will then be cast. Iron is pouring into a mold to provide shape. Molds can either be expendable or not expandable depending on the requirement of the production process. Furthermore, iron will either be poured using a gravitational force or by creating an artificial vacuum.

When the mold is more intricate with little details, the pouring process becomes crucial.

Once the iron has been cast, it solidifies. If the incorrect procedure is completed then the solidification won’t work. At this point the metal becomes scrap and the entire process must be restarted from scratch. The cooling curve must be controlled carefully and can be the difference between a high or low-quality final product. If the cast iron is cooled unevenly then the cast will always be of low quality. Other issues include contamination of the metal or issues with the fluidity. Many producers believe that creating cast iron is something of an art form and difficult to perfect.

Manhole covers are always made in large factories that are known as foundries. Scrap metal comes into the foundry where it is alloyed and melted. There are a total of five steps in the manufacturing process.

The patterns for manholes can be carved from wood or they may be machined from aluminum. Due to a higher level of durability, aluminum models will typically be used for larger productions. The patterns are always a little larger than the finished manhole and this will allow for shrinkage. Two patterns will be required for the top and bottom of the manhole. Usually, the top will have a decorative design however it is often a typical waffle or concentric circle pattern. Before the ’50s the designs were often far more creative and indeed elaborate.

The bottom half of the mold can be completely flat. Alternatively, it could have a 3D web pattern. This will ensure there is a greater level of strength but won’t mean the cover is so heavy it’s difficult to move.

Sand mods will be created by placing the two manhole halves into boxes known as flasks. Greensand is packed in tightly to create the molds. The upper mold will have holes that are known as sprues or risers. Molten iron will be poured through these and the gases also escape from the mold through the same holes.

The vents can be created by placing a piece of wood into the flask vertical and then removing it once the sand is packed in. Usually, the riser won’t lead directly to the mold. Runners also ensure that voids do not form in the final casting. After the patterns have been removed, the flasks are hollow images for both parts of the manhole cover.

They will then be assembled in a large metal frame that is known as a drag flask.

A variety of different types of furnaces can be used to melt the scrap steel in a foundry. Typically, to create a manhole frame and cover melting will occur at about 2,700 degrees Fahrenheit. After this stage is complete any alloyed metals will then be added. This will create a waste product that floats to the top and can easily be removed from the molten iron. Workers in a foundry then tip a ladle the iron collects in The iron pours into the new sand mold.

As the temperature of molten iron is higher than the organic materials in green sands, there is no oxygen present within the mold. Workers must also ensure that gases are not trapped which could cause bubbling and ultimately mean the manhole cover must be discarded.

Usually, it will take more than an hour and a half for the metal to cool. It can then be removed and the full cooling will occur over a day. Larger foundries shake off the sand using vibratory grates. Massive levels of sand can be generated so a cyclone is used to remove any that can not be reused and get rid of the metal sag.

Finishing can be quite a large part of the process in the creation of cast iron products. However, luckily with a cast iron manhole cover, things are significantly more simple. Typically, all that is required will be to remove gates, runners, and risers. The channels used to pour the molten iron will ultimately become tiny stalagmites on the finished cover.

Once this is complete the surface is shot blasted and then the bearing surfaces are machined. This will ensure that the cover is going to fit into the frame beautifully. The manhole frame and cover should fit like a hand in a glove.

The last part of the process is ensuring that the final product does match the right level of quality. This occurs before and after the final cooling process is complete. Strength and ductibility must be considered carefully. Duct cast iron should be able to withstand up to 2% elongation before it ultimately breaks into pieces. Due to their importance in protecting people on the street manhole covers go through more rigorous testing than most other products.

What Could The Production Process Look Like In The Future?

Finally, as technology continues to evolve, you might be curious about the future possibilities for the production of manhole covers. However, the smart money would suggest the process won’t change that much. Although, it’s possible automatic machinery will become a key part of the manufacturing element. Furthermore, we might reach the point where the model can be cut in just a few minutes. Right now it is still a highly hands-on process however that could soon change and more intricate designs could be brought back that look incredible as part of our city streets.